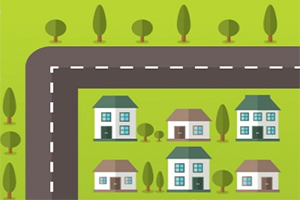 A new social housing complex of 120 apartments is to be built on surplus Crown land and an adjoining Housing New Zealand site in Auckland in partnership with local iwi.

Housing New Zealand (HNZ) and development partners Ngāi Tai ki Tāmaki and Gemscott Resources Limited have signed a heads of agreement to develop the 12,010sq m site on Great North Rd in Waterview into one-, two- and three-bedroom apartments. All the homes will be retained by HNZ for social housing.

The heads of agreement is the first step in formalising the key commercial terms for the development. Negotiations will continue and a finalised development agreement is expected to be in place by March 2017.

The site is a Special Housing Area, enabling fast-tracked development approval, it is part of the Crown Land Housing Programme and is also being financially supported by the significant additional investment in social housing.

The Crown Land Programme, which was set up in early 2015, is one of the Government initiatives increasing the pipeline of housing in Auckland.