Home News Future of Glyphosate and Roundup hangs in the balance 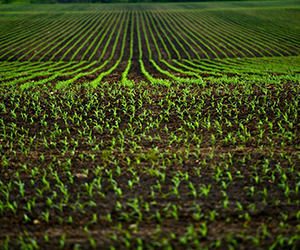 Future of Glyphosate and Roundup hangs in the balance

The future of the world’s most popular – and controversial – herbicide, glyphosate, hangs in the balance following a European Union (EU) parliament resolution to phase out the herbicide by 2022 due to health and safety concerns.

A European Parliament hearing took place on Monday to discuss an EU-wide ban on glyphosate. The hearing was triggered by a public petition to ban glyphosate, which gathered 1.3 million signatures in under five months.

Late last month, the European Parliament rejected European Commission plans for a ten-year renewal of the licence and instead proposed a full ban by 2022. EU governments are set to vote on a revised five-year renewal on November 27.

The European Parliament said it opposes the European Commission’s proposal to renew the controversial herbicide licence on the grounds that the EU risk assessment process ahead of substance’s licence renewal was mired in controversy, noting that the UN cancer agency and EU food safety and chemicals agencies had drawn different conclusions regarding its safety.

The MEPs also voiced concerns over the release of the Monsanto Papers, internal documents from Monsanto, the company that owns and produces Roundup, which cast doubt on the credibility of some studies used in the EU evaluation on glyphosate safety.

The European Parliament’s decision contradicts the position held by the European Commission (EC), the EU’s bureaucratic arm, which has been pushing for an extension to glyphosate licencing out to 2027.

It also contradicts the findings of a report published earlier this year by New Zealand’s Environmental Protection Authority, which concluded glyphosate to be an ‘unlikely carcinogen’.