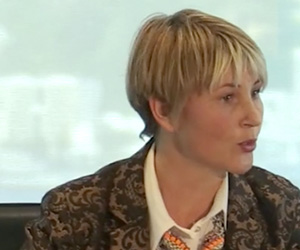 In his article dated January 11, Dr Joy asserted that MfE has been shifting goal posts and misrepresenting environmental facts through skewed statistics. “An example of this goalpost shifting, ironically under the banner ‘a fresh start for freshwater’, is MfE’s radical weakening of the limits for nitrogen in water (which in many parts of New Zealand is the most significant freshwater pollutant)”, notes Joy.

Fudged trend statistics also play a part in the skewed picture presented in MfE’s Aotearoa 2015 Report, says Joy. “MfE use only the last 10 years of records from a 25-year data set sampled annually. By doing this it makes it virtually statistically impossible to get a statistically significant change”.

Responding to Dr Joy’s comments, Ms Roberston noted, “Clear, accurate data on the state of our environment is critical to be able to pinpoint where to focus our efforts to improve things.”

She argued that 2015 report “did not shy away” from the fact that in too many places, New Zealand’s water quality falls below acceptable levels. “[The report] clearly showed that nitrogen levels in our water around agricultural land were on the rise because of increased cattle numbers and more fertiliser use. Knowing this information means those who have the ability to make changes in these areas can do so”, she said.

She added that the Ministry for the Environment’s data, science and research programme, driven by its own skilled scientists, is supported by many external experts and organisations who regularly contribute to and peer review the information it collects to help build an accurate picture of the state of New Zealand’s environment.

The next Report to be published by MfE within its Environmental Reporting series is due in April 2017. This report will focus specifically on fresh water quality.