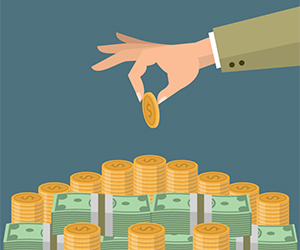 The government is calling for councils to submit more ambitious, more detailed proposals in order to determine how its $1 billion infrastructure fund will be allocated.

High-growth councils have until March 31 to submit final proposals for a share of the Housing Infrastructure Fund. The fund is intended to address constraints in financing the potable water, storm water, waste water and road infrastructure needed for new housing areas.

But ministers have encouraged councils to be more ambitious in their final proposals.

“We want to see more ambitious projects that will have a greater positive impact on housing supply over the next five years,” said infrastructure Minister Steven Joyce. Depending on which final proposals are supported, the Fund could potentially support about 50,000 new dwellings.

However, the funding pot falls shy of the total funds requested by councils in late 2016. Eligible councils indicated late last year that they require $1.79 billion for infrastructure.

The final proposals will be assessed by an independent panel, with priority given to those initiatives that can deliver the greatest number of new houses. The final allocations will be announced later this year.

Councils have until 31 March to submit final proposals. More information is available here.