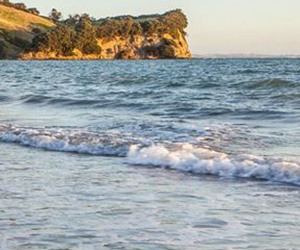 The Environment court is to hear an appeal on a recent decision to block a developer’s plans for a 130-hectare housing development adjacent to an estuary and marine reserve on Auckland’s North Shore.

Todd Property plans to build approximately 750 houses on land in the small settlement of Okura bordering Okura Estuary and Long Bay regional park, according to a report by Stuff.

The developer hit a roadblock last August, when Auckland Council challenged the Unitary Plan Independent Hearing Panel’s recommendation to extend the rural urban boundary on order to allow the development. Separately, two previous Environment Court decisions prevented intensive development in the area to protect the waters and landscape of the estuary.

However, Todd Property argues that proposed development would improve park access, protect the marine reserve and halve the amount of sediment flowing naturally into the estuary from that land, through planting and design. It also argues that the additional 750 houses will address Auckland’s housing and infrastructure issues.

The proposed development has met with opposition from Okura residents who are concerned about degradation of the marine reserve and the area’s landscape and character. The area is a popular destination for locals and tourists. Approximately 70,000 people per annum visit Okura walkway and over a million people per annum visit Long Bay Regional Park.

The company is expecting to go through a mediation process later in the year, before appearing before the Environment Court.