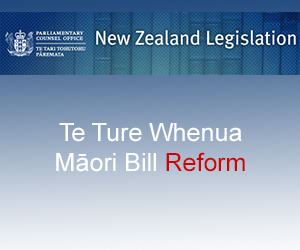 Key reforms to the Ture Whenua Māori Bill have passed a second reading and now sit before the Committee of the Whole House. The reforms, tabled in April 2016, seek to address inequities in the current Māori land law and to strengthen protection mechanisms for Māori land, preserving Māori land in Māori ownership and supporting owners’ aspirations for their land.

Changes to the offer back process in the Public Works Act will also mean more former Māori land can be returned to Māori ownership if it becomes surplus.

Another key reform relates to rating of Māori land, which has been a long standing issue influencing land tenure and land use. The changes to rating will provide for papakāinga housing on marae to be non-rateable for up to two dwellings. This recognises the role of papakāinga in supporting the operation of the marae on which they are located.

The key changes are as follows:

Offer back of surplus land

Non-rating of some papakāinga housing