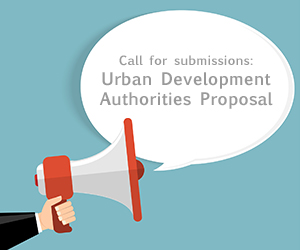 In February 2017, the Government released a Discussion Document proposing the establishment of Urban Development Authorities (“UDAs”) to enable nationally or locally significant urban development projects to be built more quickly. A brief summary of the UDA proposals are set out at the beginning of the Discussion Document as follows:

Urban development authorities at a glance

The Government is proposing new legislation that would allow nationally or locally significant urban development projects to be built more quickly.

It is proposing a tool-kit of enabling powers that could be used to streamline and speed up particular large scale projects, such as suburb-wide regeneration. Only land that is already within an urban area, or that is sufficiently close to an urban area that it may in future service that area, will be affected by the proposed legislation.

The projects would be planned and facilitated by publicly-controlled urban development authorities, potentially in partnership with private companies and/or landowners.

The Government would decide which enabling powers could be used for particular projects; not all powers would be granted for all projects.

Central government and territorial authorities would have to work together to identify and agree on urban development projects and would consult the public before granting the relevant enabling powers.

The powers potentially available for an urban development project would relate to:

An urban development authority would not have building consenting powers.

None of the proposed powers would override any Treaty of Waitangi settlements. National environmental standards would also have to be met.

The relevant powers would only apply to a particular project and would expire when the project is completed.

Written comments on the UDA Discussion Document need to be provided to the Government by 5pm on Friday, 19 May 2017.

The RMLA is planning to file a submission and for that purpose representatives of the RMLA National Committee met with officials in Wellington earlier this month. Following those discussions, the RMLA considers that officials might be assisted in receiving comments on the following issues:

Other issues that are likely to be of most concern to Resource Management practitioners include:

(a)   The powers to override existing and proposed district and regional plans, including RPSs.

(b)   The materially curtailed opportunities for potentially affected parties to participate in the UDA processes, including:

(i)   “Consultation” would only be required in relation to the phase where the Government was considering establishin a UDA – with no rights to be heard and no     appeals, despite the scale of the proposals.

(c)  The proposed role of the Minister in local decision-making.

If you wish to provide feedback to be considered for incorporation into the RMLA’s submission please send your comments to RMLA’s Executive Officer, Karol Helmink – karol.helmink@rmla.org.nz – by no later than 5pm on Wednesday, 10 May 2017.