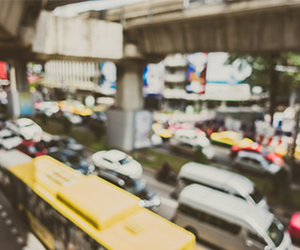 A Government announcement that a Crown land and building programme will see tens of thousands of new houses built in Auckland over the next decade has triggered questions over funding of overdue infrastructure upgrades.

Social Housing Minister Amy Adams announced on Tuesday that the Government’s Crown Building Project will replace 8300 old, rundown houses in Auckland with 34,000 brand new purpose-built houses over 10 years. 24,300 of these will be built by Housing New Zealand through their Auckland Housing Programme.

Over the next ten years, the Crown Building Project will deliver around:

Phase one of the Auckland Housing Programme, which covers the next four years, will cost $2.23 billion and will be funded through Housing NZ’s balance sheet and new borrowing of $1.1 billion that the Government has approved as part of the business case.

However, the announcement has prompted questions about how the requisite infrastructure to support the new housing will be funded. Stephen Selwood, Chief Executive of Infrastructure New Zealand, noted: “Auckland’s transport networks are bursting at the seams and all projections are that congestion will get much worse… Infrastructure is urgently needed to address the backlog and accommodate new growth.”

He warned that the Government’s announcement adds a NZ$1 billion bill to a council which is “already at the limit of what it can borrow”.

“If new development triggers the need for regional scale infrastructure like light rail or a new busway, the cost to the Auckland Council will easily be two, three or four times this figure”, said Mr Selway.

“The Government earlier this month signalled it was going to come to the party with an $11 billion commitment to infrastructure through Budget 2017, but it is still not clear how the Auckland Council will meet its growth obligations,” he added.