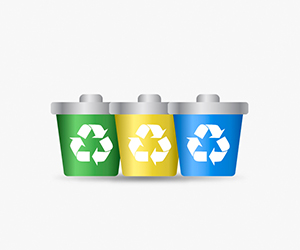 The alpine villages of Arthur’s Pass and Castle Hill are to receive new recycling facilities, made possible by a a $155,500 grant from the Government’s Waste Minimisation Fund.

The aim is to provide local residents, holiday home owners, businesses and tourists with the opportunity to recycle, and therefore better preserve the area’s unique environment.

The first Recycling Station was launched in Arthur’s Pass earlier this year and has already diverted 2,600 kilograms of material from landfill, while relieving pressure on the local rubbish bins that are experiencing greater than normal use due to the Kaikōura State Highway diversion. The additional recycling stations for Arthur’s Pass and Castle Hill are planned to open later this year.

The Government’s Waste Minimisation Fund was established in 2009 and is funded by a levy of $10 per tonne charged on waste disposed of at landfills. Over $60 million has been awarded to more than 100 projects to date.

Further information on the Waste Minimisation Fund is available from: www.mfe.govt.nz/issues/waste/waste-minimisation-fund/index.html.