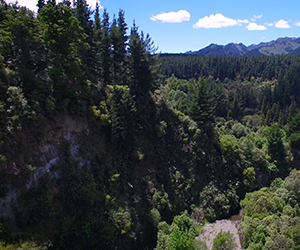 The Supreme Court has ruled to protect Ruahine Forest Park from a proposed land swap that would have facilitated the construction of New Zealand’s largest irrigation dam, Ruataniwha Dam.

In August 2016, Forest & Bird successfully challenged a Department of Conservation decision to downgrade the conservation status of part of the Ruahine Forest Park in Hawke’s Bay, to allow it to be swapped for private land and flooded as part of the Ruataniwha scheme.

Today’s decision by the Supreme Court is the final result of 3 court cases over the course of five years. The outcome of this precedent-setting decision is that all of New Zealand’s forest parks – up to one million hectares of conservation land – are protected from development and commercial interests.

“This decision is wonderful news for Ruahine and all Forest Parks around the country. New Zealanders have fought for generations to defend our conservation land and now we have legal confirmation that are protected from private development interests”, said Forest & Bird Chief Executive Kevin Hague.