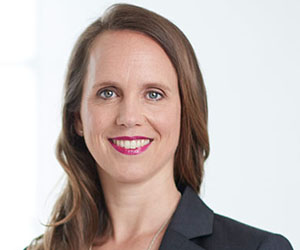 RMLA speaks to Bronwyn Carruthers, Partner in Russell McVeagh’s National Environment, Planning and Natural Resources Team, about how certain aspects of the RLAA will likely translate into practice.

RMLA: In real terms, to what extent do the amendments to submission strikeouts preclude public participation in the decision making process?

BC: Little has changed in this regard. The new standalone provision for strike-out of submissions largely mirrors the existing tests for strike-out under the Act, with two qualifications.

The first seeks to limit submissions supported solely by expert evidence which is not independent (or not truly expert).

The second restricts submissions which include offensive language. Submissions which failed to meet those tests may well have been given little weight under the existing provisions, or struck out as an abuse of process (although consent authorities are usually loathe to do so).

In that sense, not much has changed that would preclude public participation.

RMLA: What avenues are now available for public participation in decisions on large-scale developments?

BC: Avenues for public participation on certain large-scale developments have been narrowed as a result of changes to the notification provisions.  Housing developments (which often involve applications for consent for subdivision and dwellings) will no longer be subject to public notification, unless they trigger non-complying status, although the option of limited notification remains.

The option to judicially review (alleging errors in the notification assessment) also remains. For other large-scale developments, the avenues remain the same.

RMLA: The RLAA introduces significant changes for Heritage Protection Authorities (HPAs). How does this translate in terms of how well New Zealand’s natural and cultural heritage is protected, going forward?

BC: HPAs (other than Ministers of the Crown, local authorities, and Heritage New Zealand Pouhere Taonga) can no longer give notices of requirement for heritage orders over private land. In my experience, the ability for the Minister to grant HPA status to bodies corporate (such as public interest groups) under s 188 has been rarely used, and the ability for those bodies to seek heritage orders over private land even less so.

The departmental report on the Bill raised concerns with the “intrusive regulatory impact” of the provision, and the Environment Court has cast doubt on how such orders would work in practice given that the HPA would not (ordinarily) own the subject land.

Heritage protection over private land will continue to be protected through the powers granted to the statutory authorities, who are excluded from the effect of the amendment. Body corporate HPAs can continue to advocate for the protection of heritage on private places via other means (eg submissions on notified consent applications and plan changes).

RMLA: What is the likely impact of limited appeals to the Environmental Court?

BC: It has become even more important to “get it right’ with the Council, especially for boundary activities, subdivision, and residential activities. This applies for both applicants and submitters. As is good practice, participants will need to get involved early and be clear on what they are trying to achieve. It will also be important to focus on the detail and wording of conditions, rather than just on the “bigger” question of grant or refuse.

A council-level hearing can no longer be viewed as a “dry run”, nor the appeal process as being available to iron out wrinkles. It may also increase the use of objections and variations to amend conditions which a successful applicant would otherwise have looked to finesse out through an appeal.

RMLA: How will this affect the role of the Environment Court in the decision-making process?

BC:  The Environment Court will experience a further contraction in the numbers of appeals, as decisions on subdivisions and residential activities will only come before it when the overall status is non-complying.

RMLA: What are the pros and cons of the newly relaxed rules on subdivision?

BC: Positives are that it will reduce the number of resource consents required for subdivision, where plans do not otherwise prescribe consenting requirements. The amendment aligns the presumption for subdivision with those for land use (i.e. permitted unless expressly restricted).

The amendments have substantial consequences for both applicants and submitters, whose rights are now significantly limited in the event of an adverse decision. For an applicant, this could include the inability to challenge unlawful (or otherwise obstructive) conditions which may hinder development. It may also result in the re-lodging of consent applications that are declined, rather than elevating those decisions above the council-level to be determined by the Environment Court.

I anticipate there will be unforeseen consequences with these changes that will lead to further amendments being required in the inevitable next round of reform.

BC: The Environment Protection Authority (and, to a lesser extent, Worksafe New Zealand) will continue to regulate the use and disposal of hazardous substances, removing the cross-over between their functions under the Hazardous Substances and New Organisms Act 1996 and the Health and Safety at Work Act 2015. The amendment sends a clear signal that future management of hazardous substances by local authorities should be limited to instances where there is a clear environmental effect which is not controlled under HSNO and should be justified through a s 32 analysis (eg where there may be a sensitive receiving environment).

RMLA: The process for councils to determine whether to publicly notify applications has changed. Can you provide a layman’s example of how this affects developers and local residents?

BC: The Act now includes a “four step process” for public notification:

Step 2 identifies whether the “normal” test for notification (being the effects are more than minor) applies to the application and whether a rule in a plan requiring notification bites. The list of activities carved out from the normal test has been significantly expanded, with the normal test no longer applying to any controlled activities, any subdivision or residential activity unless non-complying, or any boundary activity regardless of activity status. Nor does a rule requiring notification of such activities continue to apply as a result of Step 2.

For all other activities, Step 3 requires identification of a rule requiring notification, and consideration of the effects (and whether they are more than minor). This step is skipped for the activities identified in Step 2.

Step 4, special circumstances, continues to apply to all activities.

This means that despite having a rule in the local plan confirming that subdivision, or intensive residential development in a traditional residential zone, or infringements of the side yard or height in relation to boundary controls, will be publicly notified, such applications must now be processed non-notified. Both the existence of the rule, and the level of effects, are irrelevant when it comes to full public notification.

For developers, this means that consent applications will be streamlined (but may still be subject to limited notification). For local residents, they will need to convince the local authority that effects on them meet the tests for limited notification (minor or more than minor), and cannot rely on the effects of the proposal “as a whole” triggering public notification.