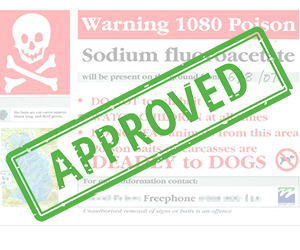 A decision by the High Court in Nelson on Friday has confirmed the legality of new rules surrounding national pest control methods. The Brook Valley Community Group in Nelson had legally challenged national regulations for pest control, in response to a planned drop of 24 tonnes of brodifacoum-laced bait over the Brook Waimarama Sanctuary.

Nelson lawyer Sue Grey, who was acting on behalf of the Brook Valley Community Group had previously noted that “the combination of [the RMA s13 and the Nelson resource Management Plan] appear to make the proposed aerial drop of brodifacoum poison baits in, on or under the bed or bank of the Brook Stream (or any other any Nelson river) a prohibited activity”.

However, Friday’s High Court ruling stated that “the decision to promulgate the regulations for use of brodifacoum, 1080 and rotenone was properly authorised and made under law, in accordance with all required considerations”.

The High Court ruling also noted that sustainable management is a “balancing act” between competing interests, such as the well-being of communities against sustaining the potential of resources to meet the needs of future generations.

Ms Grey noted, “Justice Churchman rejected all of the Community’s arguments including that s13(1)(d) – which prohibits the deposit of any substance on a riverbed without consent – does not apply on the grounds that it applies only to safe (non-harmful) substances. Unless a successful appeal is lodged and heard the only thing now preventing the drop is compliance with the new Operating Code. The Crown has suggested it may provide an exemption for pre-arranged poison drops.”

She told Nelson Mail, “the court’s decision “basically nationalises decision-making and takes any right-of-consultation away from communities around New Zealand about how their environment is managed”.

Environment Minister Nick Smith described the ruling as “a significant win for conservation nationally” and that “New Zealanders can have a high degree of confidence in the safeguards on the use of poisons like 1080 and brodifacoum”.