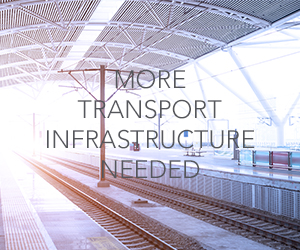 Higher than expected population projections have prompted a revision of infrastructure requirements, revealing a significant shortfall in Auckland’s transport budget.

Figures released by Statistics New Zealand indicate that Auckland’s population will increase by 100,000 more people by 2028 compared to the projections used in the Auckland Transport Alignment Project (ATAP). In response, the Government and Auckland Council released a report last Friday that estimates a funding gap in the first decade of $5.9 billion, an increase of $1.9 billion compared with the original ATAP estimate. Current available funding is $20 billion.

ATAP is the strategic plan for Auckland’s transport infrastructure investment, policies and services to be delivered over the next three decades. The original report, released last September, sets out an agreed strategic approach to the development of Auckland’s transport system alongside an indicative package of transport investments. With the total funding required for the decade now estimated to be $25.9 billion, of which $20 billion has already been committed to by central Government ($13 billion) and Auckland Council ($7 billion), the remaining $5.9 billion is to be sourced from the Government, Council and the private sector over the next ten-year period, notes the updated report.

The updated report identifies faster growth is now expected to occur in North and South Auckland requiring some transport investment to be brought forward to support the housing development in these areas. Key initiatives from the first decade package that would be brought forward into the next three years with this extra funding include:

Current and committed investments include $3.4 billion for the City Rail Link, $1.85 billion for the East-West Link, and up to $1 billion in upgrades to the Northern and Southern motorway corridors.

More information, including the final report, is available at www.transport.govt.nz/atap