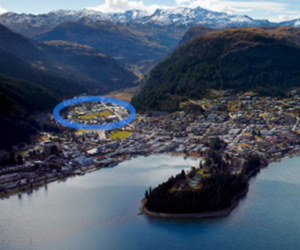 The Government is extending its Crown Land Programme to Queenstown.

Queenstown is facing challenges with housing supply, with the average house price the highest in the country at over a million dollars. While demand is high, local businesses are struggling to attract and retain staff, which is having a detrimental effect on the local economy, says Social Housing Minister Amy Adams

She says the government hopes to “rebalance the market” by increasing the land available for housing through the introduction of surplus Crown land into the market. Under the Crown Land Programme so far, 400 new houses have been built in Christchurch and another 2700 are being built in Auckland on Crown land.

She explained that the Government is exploring vacant Crown sites around Queenstown, while MBIE officials are working closely with the Ministry of Education in respect of the potential acquisition of the old Wakatipu High School site. “We want to explore vacant or underutilised Crown land within walking distance to Queenstown’s town centre that can be developed into social, affordable and market housing”, she said.