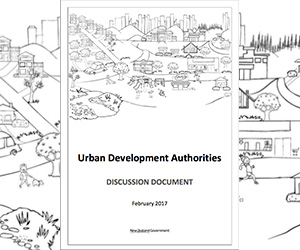 The Ministry of Business, Innovation and Employment (MBIE) has now published a summary of the 350 submissions received, including RMLA’s submission, which was made on May 23rd.

MBIE’s summary of submissions can be found here, on the Ministry’s website for urban development authorities.

As yet, no Cabinet decision has been made.  The proposals will be (re)considered once a responsible Minister has been appointed.  As both major parties expressed support for urban development authorities as part of their election policies, it is the expectation that the Government will progress the proposals in some form.  The details and timetable will depend on which parties lead the Government.