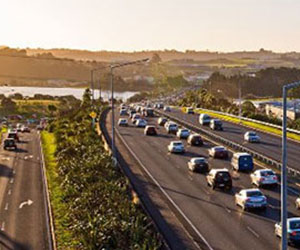 An independent board of inquiry appointed to consider an application by the New Zealand Transport Agency, has given its approval to the Auckland-based Northern Corridor Improvements proposal, part of the Government’s accelerated programme of works.

The approval green lights the construction of the last link of Auckland’s Western Ring Route, providing an alternative route from South Auckland to the North Shore.

The new road will create an uninterrupted motorway-to-motorway connection along the Western Ring Route – the Hobsonville, Northwestern and Southwestern Motorways (SHs18, 16 and 20) – between Albany and Manukau to the south, upgrading the Upper Harbour Highway to a motorway, and extending the Northern Busway from Constellation to the Albany park-and-ride station.

The New Zealand Transport Agency, Auckland Council, landowners and occupiers affected by the decision, submitters, and the Minister for the Environment, have until November 03 to provide minor or technical comment to the draft decision document.

The Final decision will be released by the Board of Inquiry on the EPA website in November 2017.