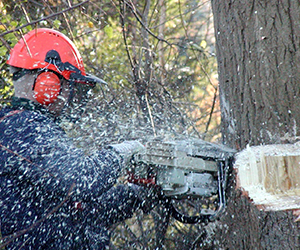 One third of Auckland’s trees have been cut down in the past five years as a result of the 2012 changes to the Resource Management Act, according to a report by the New Zealand Herald.

Auckland’s Tree Council secretary Dr Mels Barton informed the Herald that since the government removed general tree protection rules in 2012, Auckland has lost approximately one third of its trees in the past five years.

She says the rate of loss is accelerating, noting that a key factor driving the loss rate is non-notified resource consent applications. She added that the impact of the Unitary Plan on Auckland’s urban tree coverage has yet to be felt.

The Auckland Council is reported to have said that since the 2012 changes to the Resource Management Act, it has not kept a record of the number of unprotected trees that have been chopped down.

In a bid to maintain some form of record, the Tree Council launched its Tree Loss App this week to enable the public to record Auckland’s trees and tree loss.