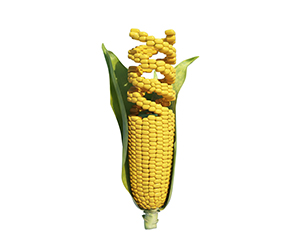 Federated Farmers has withdrawn its appeal against the right of councils to control the use of genetically modified organisms (GMOs) in their territories. Federated Farmers filed its latest appeal earlier this year in the Court of Appeal, after its appeals to the Environment Court and High Court had been dismissed.

Both the High Court and Environment Court have ruled that regional councils have jurisdiction under the Resource Management Act (RMA) to regulate the use of GMOs through regional policy statements or plans.

Federated Farmers, however, had argued that the Environmental Protection Authority had sole responsibility for the regulation of GMOs under the Hazardous Substances and New Organisms Act (HSNO).

The decision to withdraw its appeal comes after recent amendments were made to the RMA, which confirmed the High Court ruling, leading Federated Farmers to believe that they “are likely to have materially reduced the prospects of the appeal being prosecuted successfully.”

The RMA changes, which passed in April this year via the Resource Legislation Amendment Bill, included a controversial section which allows the Minister for the Environment to bypass parliament and make fundamental changes to the law if it is deemed that council plans duplicate or deal with the same subject matter as central Government laws. This would have allowed the Minister to strip councils of their ability to create GE-free food producing zones.

The National Government at the time needed the Maori Party votes to pass the changes. However, the Maori Party stated in December last year that it would not support changes to the RMA if they extended to allowing the Minister to overrule planning provisions controlling the use of GMOs.

Before the final reading of the Bill, an exemption was introduced under section 360D specifically for GE crops, effectively preventing the minister from permitting GMO crops in regions that had elected to remain GMO free or impose controls on the use of GMOs.