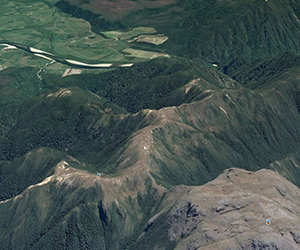 The Department of Conservation is weighing in on an appeal of a coal mining resource consent issued to Stevenson Mining Ltd last November 2017 by the West Coast Regional Council and Buller District Council for a 150-hectare open cast coal mine project that spans the Mt Rochfort Conservation Area and the Westport Water Conservation Reserve.

The mine would remove part of an intact forested mountain, clearly visible from Westport.

The site is home to great spotted kiwi and a host of other species threatened with extinction, including South Island fernbird, West Coast green gecko and the largest known population of the rare forest ringlet butterfly. Part of the proposed mine is also within the Buller Gorge outstanding landscape.

In October 2017, Forest & Bird argued in the High Court that the Crown Minerals Act does not override the Council’s obligations under the Reserves Act to maintain the natural features of the reserve.

In December, Forest & Bird announced it would appeal the decision to the Environment Court. DOC’s original submission on the resource consent, made jointly with MBIE, was neutral.The Department of Conservation (DOC) is able to join the appeal process under Section 274 of the Resource Management Act. (Click here to view the joining notice.)

Stevenson Mining Ltd is still awaiting a decision from the Ministers of Conservation and Energy & Resources on access to approximately 12 ha of conservation land required for the mine.

A date for the appeal has not been set.