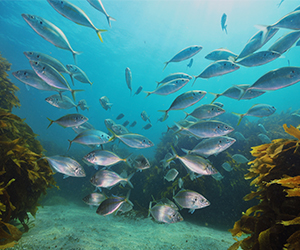 In an open letter to the MSC, 66 signatories have called for the introduction of measures “to ensure that the full ecological impacts of a certified fishery are assessed and improved and fisheries are not wasteful of marine lives and resources”.

The letter states: “Concern is growing … due to the fact that in recent years an increasing number of controversial fisheries have received MSC certification or have been recertified, despite the fact that these fisheries catch thousands of vulnerable and endangered animals; routinely discard and waste excessive amounts of sea life as unwanted bycatch; irreversibly destroy vulnerable sea bottom habitats; continue to catch overfished species, and continue to use unsustainable, non-certified methods for much of their catch.”

Two major New Zealand fisheries have been singled out for touting sustainability credentials despite their sustained environmental impact. MSC certification of the New Zealand hoki fishery has been a highly controversial; despite being re-certified by MSC twice since, the hoki fishery has ongoing and increasing levels of bycatch of Salvin’s albatross in the trawl nets at a level that is likely to be preventing populations from recovering and may be causing further decline.

The signatories to the letter write: “Until the impact of commercial fisheries on the whole ocean environment is addressed, MSC can’t be considered a credible agency. They need to change their assessment process so that fisheries which are responsible for killing endangered seabirds and other protected animals cannot claim to be sustainable.”