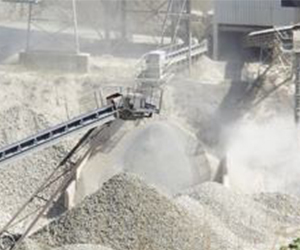 Fulton Hogan’s announcement about a resource consent application for a proposed quarry on a 170-hectare site in Templeton has been met with vociferous opposition from concerned locals.

While Environment Canterbury has not yet received a resource consent application from the construction company, local residents have expressed concern at the Fulton Hogan’s recent purchase of two large farms in close proximity to the local township, for the purpose of quarrying. At local meetings held in January, locals expressed their concerns that silica dust from the quarrying activities would carry adverse effects for their health and livelihoods.

Chief among residents’ concerns is the health impact of silica dust, a by-product of quarrying that can trigger pulmonary issues, the lung disease silicosis or, in the worst case scenario, cancer. While the industry body Minex recently dismissed such fears as unfounded, residents in Yaldhurst, Christchurch have complained that dust from quarries has coated their homes and that it is directly linked to the onset of respiratory problems and symptoms similar to silicosis among locals.

Two independent tests carried out a year ago – one commissioned by residents, the other by ECan itself – found dust on people’s homes contained 30 per cent silica. Environment Canterbury (ECan) is currently monitoring a number of sites in Yaldhurst for silica dust following a year of concerns from residents.

Fulton Hogan has indicated its application would be lodged no earlier than May 2018, and that the application will be publicly notified.  In the meantime, little information has been made available about the proposed quarry.

Environment Canterbury has stated that it will provide updates as information become available.

Once the application is lodged with Environment Canterbury and Selwyn District Council (SDC), interested parties will have a month to lodge submissions in support or objection.