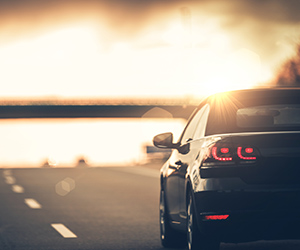 Germany’s Federal Administrative Court ruled in favour of allowing German cities to impose a ban on old diesel cars. The court on Tuesday ordered Stuttgart and Duesseldorf to amend their anti-pollution plans, saying city bans could be implemented even without nationwide rules.

The case centred on an appeal brought by two German states (Baden-Württemberg and Rhine-Westphalia) against bans imposed by local courts in Stuttgart and Dusseldorf to bring nitrogen dioxide (NO2) pollution down as quickly as possible.

Lower-level judges had already backed the demand for diesel car bans, but the states of Baden-Wuerttemberg and North Rhine-Westphalia appealed the rulings, saying such curbs should be decided at the federal level.

The states’ appeal failed when judges at the nation’s highest-level administrative court once again sided with environmental campaigners.

The outcome marks a major victory for the environmental group Deutsche Umwelthilfe (DUH), which took legal action against Stuttgart and Dusseldorf in an attempt to force them to take action against the nitrogen oxides and fine particles emitted by older diesel engines.

Observers say the landmark decision could shake up the car industry and revamp Germany’s transport policies. Bans could potentially affect 9.4m vehicles in Germany not meeting the latest Euro 6 standards.

In their ruling, the judges said any diesel bans should be imposed gradually, with exceptions granted to some vehicles.

Nitrogen oxide (NOx) and fine particle emissions from diesel motors have been a priority for German environmental groups since Volkswagen admitted in 2015 to installing software to cheat regulatory emissions tests in millions of cars worldwide.