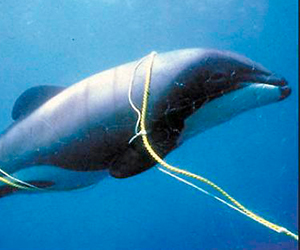 Mr Nash and Ms Sage have identified a number of areas where more work needs to be done, and have sought advice on whether changes can be made to some fishing practices in the short-term.

The range of options includes:

“New Zealand could follow the example of American states such as California and North Carolina which have banned commercial set nets to protect endangered seabirds, marine mammals and turtles. South Australia has done the same to protect the Australasian sea lion, as has Finland for the Saimaa ringed seal,” Ms Sage said.

Mr Nash and Ms Sage are overseeing a review of the Threat Management Plan (TMP) for Hector’s and Māui dolphins, which has been in place since 2008. The review will consider longer-term measures to better protect the dolphins from the risks of set netting and deaths caused by other human activity.