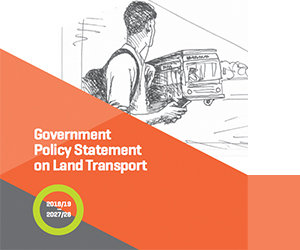 A draft Government Policy Statement on Land Transport  released on Wednesday includes a proposal to increase fuel excise duty by between 9 and 12 cents a litre over three years and an equivalent increase in road user charges paid by diesel and heavy vehicles.

The draft government policy statement (GPS) 2018 proposes a shift in transport investment, prioritising safety, access to a wider range of transport options, the environment and value for money.  There is a specific focus on regional roading improvements, state highway maintenance and public transport, along with new investment in rapid transit and rail.

The estimated average cost of 3 cents a litre extra for a driver of an average car filling up a 50 litre tank once a fortnight is around 75 cents a week or $39 a year.

The GPS 2018 covers the period 2018/19 – 2027/28, setting out Government’s priorities for land transport and guiding the allocation of over $4 billion a year from the National Land Transport Fund by the New Zealand Transport Agency.

Engagement on the draft GPS closes at 5pm, 02 May.