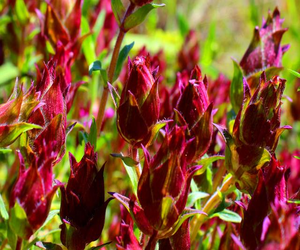 About 80% of our native plants are endemic and found only in New Zealand but an increasing number are in trouble, says DOC acting Director, Terrestrial Ecosystems, Matt Barnett.

There are now 113 more plants classified as ‘Threatened’ compared to the last assessment in 2012, which means there are now 402 plants in this category. Those in the ‘At Risk’ categories have increased by 101 (to 851 plants). Some of these changes are due to new understanding rather than documented decline.

Threats like kauri dieback and changes in land use, particularly in the eastern South Island, have caused the observed decline of 61 plant species, which are now in a worse state than five years ago.

The effect of the plant disease myrtle rust on New Zealand’s 30 or so myrtle species such as pōhutukawa, mānuka, rātā and ramarama, is still unknown but all of these species have been classed as threatened as a precautionary measure.