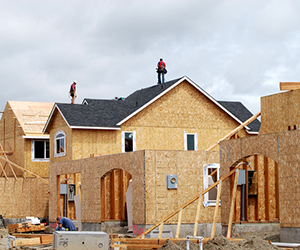 A complex plan to fast-track at least 1000 new homes in an area for industrial businesses at the north tip of Hamilton has passed its first big hurdle.

The Perry Group’s proposal to develop a 50ha section of their Te Awa Lakes site in north Hamilton is the fifth development to make it this far through the SHA process.

SHAs are a short to medium term tool to quickly bring more housing to the market through an accelerated resource consent process.

The Perry Group will also enter into a detailed contract with the Council outlining affordable housing targets and what infrastructure the developer will pay for.

The Council’s General Manager City Growth Jen Baird says the proposal is what is needed for the city to get more houses on the market.

“The government created the SHA legislation to enhance housing affordability by increasing the supply of land and houses. This enables a fresh look at land not already zoned for homes, and this is exactly what The Perry Group have done with their industrial site in Te Rapa. Their challenge now is to transform a former sand quarry into a thriving new community,” says Ms Baird.

The SHA process allows developers who have land, whether or not it’s currently zoned for housing, to put forward a housing proposal and bypass lengthy re-zoning processes if it meets certain Council policy criteria.

If the proposal is approved by the Government, the developers can submit their resource consents to the Council using an accelerated consenting process.