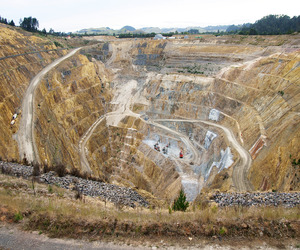 The applications, which will be processed jointly by the two Councils, cover the proposed Martha Project announced by the company in March this year.

The project includes work to stabilise the north wall of the open Martha Pit and to re-instate the pit haul road to allow access to the bottom of the pit for mining.

New underground mining is proposed beneath the pit and also within the Rex vein which is situated under a reserve/residential area from the rugby clubrooms to the Mueller and Kenny Street intersection.

The applications also cover the proposed subdivision of a piece of company-owned residential land on the corner of Bulltown and Cambridge Roads. The subdivided piece of land will be used for a road realignment.

The resource consent applications will be publicly notified at the request of the company, which means there will be an opportunity for community feedback via written submissions.