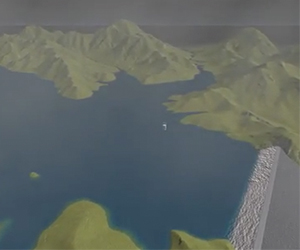 Hawke’s Bay Regional Council has approved and completed the sale of the Ruataniwha Water Storage Scheme intellectual property and assets.

Newly formed company Water Holdings CHB Limited, from Central Hawke’s Bay, has purchased the rights to the Ruataniwha scheme for $100,000.

The sale follows a process which publically called for expressions of interest.

The Ruataniwha Scheme stalled following a Supreme Court decision not to permit the exchange of land needed for the dam footprint. Following this, the Regional Council decided not to invest further, and subsequently wrote down the value of its investment, recognising the impediments to the Scheme’s viability.

Regional Council Chair Rex Graham says, “It’s been a difficult road. We made a public decision not to invest further in the Scheme, and to sell the assets and IP. We have now finished that process and this transfer of ownership will support the Central Hawke’s Bay community to explore water storage solutions in the district.”

Water Holdings director Gavin Streeter says, “Central Hawke’s Bay has been talking about water storage for some time. As a group we are committed to acting on behalf of and in the best interests of the Central Hawke’s Bay community to explore and implement projects that support and enhance water storage opportunities for the social, economic, and environmental benefit of our residents”.

“Environmentally sustainable water storage is a challenge that needs to be solved. The ownership of the IP in Central Hawke’s Bay gives us as a community an opportunity to own the assets and puts us in a position to develop potential solutions,” adds Mr Streeter.