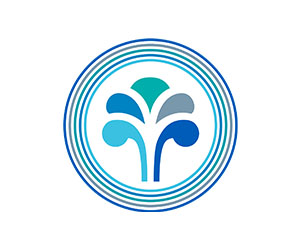 Notice Calling for Nominations to the National Committee of RMLA

Nominations are called for election of members to the National Committee of the Resource Management Law Association of New Zealand Inc.

The Annual General Meeting of the Association will be held at Te Papa, Wellington on Saturday 22 September 2018 at 10.20am and the new Committee will take office at that time.

Members of the Association proposing to nominate/second Committee members or to stand for election are requested to lodge the nomination on the Nomination Form.

In the event that there are more than ten nominations, an election will be held by electronic postal ballot.

The Association’s Rules 9 and 17 provide as follows:

9.2             9.2.1          Only members may be nominated as National Committee members.  Nominations for membership of the National Committee shall be made in writing by a member, seconded by another member endorsed with the written consent of the nominee and delivered to the Secretary no later than 10 working days before the Annual General Meeting.

9.2.3          In the event of there being fewer than ten nominations, nominations will be called from those attending at the Annual General Meeting.

9.2.5          From the nominations there shall be elected a representative from each of these areas:

By “areas” is meant the local government regions as follows:

Where there is no nomination from any one of these areas there may be co-opted by the incoming Committee a representative for that area or areas – (refer Rule 10.1.8).

Where there is only one nominee from any one of these areas then that person shall be deemed to be elected to the Committee.

Where there is more than one nominee from an area, the highest polling nominee shall be deemed to represent that area.

Having provided for representation from each area, in terms of the nominations made, or after allowing for one co-opted person to represent each area for which there is no nominee, the five next highest polling nominees shall be elected on to the Committee.

For the avoidance of doubt, the requirement as to regional representation shall prevail over Rule 9.4A below, and to the effect that a two year tenure for any given member elected for the first time cannot be guaranteed if it would mean a region (one of the “areas”) is not represented on the committee.

This Committee shall be called the National Committee.

17.1           Notwithstanding anything to the contrary in these Rules anything that may be done by the Association by resolution at a general meeting of the Association, subject to the provisions of the Incorporated Societies Act 1908 as modified or re-enacted from time to time, may be done by a resolution passed, without a meeting, by means of a postal ballot conducted in accordance with the provisions of this Rule 17.

17.2           Thirty three percent of the members of the Association may by written requisition require the National Committee to hold a postal ballot relating to any matter, in which case the National Committee will conduct a postal ballot in accordance with this Rule 17.  Any such requisition must state the general nature of the business and must be delivered to the Secretary.

17.3           The National Committee shall appoint a returning officer, who shall not be a person who is personally interested in the outcome of the ballot, for the purposes of the conduct of the ballot.

17.4           Postal ballot papers shall be delivered by post, facsimile, or any other form of delivery specified by the appointed returning officer, to every member not less than 7 days before the date fixed for the return of the ballot papers and shall specify:

17.4.2       the date by which the ballot papers must be returned to the returning officer;

17.4.3       the method by which the ballot papers may be returned to the returning officer; and

17.4.4       such other information as the National Committee shall consider necessary or desirable.

17.6           Questions decided by ballot shall, unless otherwise specified in these rules, be decided by a majority of votes.  The declaration of the returning officer that a resolution has been carried or lost shall be conclusive evidence of the fact.

(a)   Appoint a returning officer in accordance with Rule 17.3 for the purposes of the conduct of the ballot;

(b)   Call for nominations made in accordance with Rule 9.2.1, such nominations to include the area of the person nominated;

(c)    Receive nominations up to 15 working days after the notice calling for nominations has been sent out;

(e)    If there are more than ten nominations, send out ballot papers listing the nominations in alphabetical order and including the area from which those nominations have been made;

(f)     Ensure that the returning officer shall receive those ballot papers returned within 15 working days of their being sent;

(g)    Ensure that the returning officer provides the results of the election to the Secretary prior to the Annual General Meeting so that the results can be announced at that time.