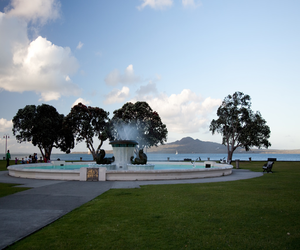 An application to substantially upgrade one of Auckland’s best loved urban beach neighbourhoods has been lodged with Council.

A proposed $200 million transformation will see much of Mission Bay’s aging commercial area replaced with a premium development that includes up to 100 quality apartments and townhouses, 265 basement and ground level car parks, a state of the art cinema facility and a mix of hospitality, modern retail and recreational space.

The Project is led by Urban Legacy & Partners Limited (Urban Partners) whose plans and investment in the site goes back almost three decades.

The Mission Bay Project is one of the first examples of a significant mixed-use project since Auckland’s new Unitary Plan came into effect two years ago.

Read more on the project