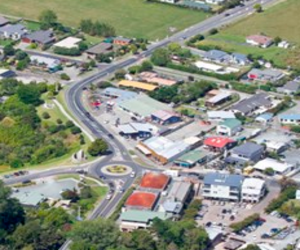 New project to free up traffic flow around Warkworth

Auckland Transport has announced plans for the $62 million Matakana Link Road which will improve connections between Matakana Road and State Highway One, and help decongest the Warkworth area.

The work is scheduled to start late next year and will be timed to coincide with the Puhoi to Warkworth project which will extend the four-lane Northern Motorway (SH1) 18.5km from the Johnstone’s Hill tunnels to just north of Warkworth.

Auckland Transport’s Board has approved the project to proceed on the basis of a staged construction to align with the expected traffic growth based on latest land use scenarios:

Read an overview of the project