Home News Government must get tough on climate change 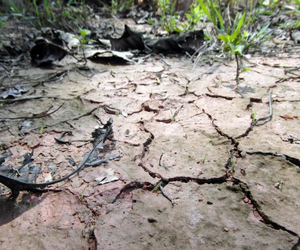 Government must get tough on climate change

Forest & Bird is calling for the Government to get tough on climate change in the wake of a new report that says global warming can be kept to 1.5deg.

“The alternative is catastrophic ecological and economic loss, in return for the short-term profit of a few sunset industries,” says Forest & Bird’s climate spokesperson Adelia Hallett.

In a report released by the IPCC, the world’s top climate scientists say that urgent and deep emissions cuts are needed to keep warming below 1.5deg and avoid the worst impacts on humans and nature.

“Worryingly, New Zealand’s gross emissions have actually increased 19.6% since 1990. Methane from dairy cattle has significantly contributed to this, with a 600% increase in nitrogen-based fertiliser and our national dairy herd doubling since 1990.

“The current push by some industries to exempt methane from the Government’s carbon-zero plan is irresponsible and unethical. Methane is 33 times more damaging than carbon, and makes up 50% of New Zealand’s emissions profile.

“New Zealand is already experiencing the consequences of a single degree of warming. Along with numerous wildlife and human tragedies around the country in the past 12 months, warm temperatures have caused a breeding failure in the southern hoki fish population, our most important fish export.

“1.5deg warming is going to be really hard to meet, but the IPCC warns the impact on fisheries and aquaculture will be twice as bad at 2deg. The good news is we can avoid that scenario if we are sufficiently committed.

“The economic and environmental cost of not keeping warming to 1.5deg will be disastrous. New Zealand’s primary industries and all political parties must take note of the IPCC’s message,” says Ms Hallett.

“There is no sense in giving methane emitters a free ride here. The cost of that will destroy our environment and our economy. That’s not a price worth paying.”