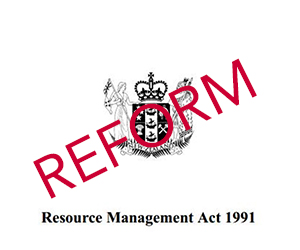 EDS has indicated its support of the Governments two-phase approach to resource management reform.

“The most important bit of this announcement is in the final paragraph of the Minister’s press release,” said EDS CEO Gary Taylor.

“That is the indication that the Government intends to undertake a wide-ranging review of the resource management system commencing in 2019.

“We have been waiting for this earlier signalled review to be formalised and now it has, people can really start thinking about what the next generation of resource management should look like.

“This is something EDS has been working on for the last 18 months in a project looking at first principles for such reform. We have produced three in-depth working papers and have engaged widely and deeply with stakeholders on the foundations for a revised system.

“Our work, which is supported by the NZ Law Foundation and business partners, is due to produce a final report next month which will outline three scenarios for reform.

The Cabinet paper and Regulatory Impact Statement are available here