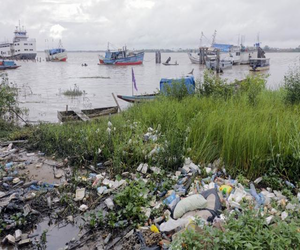 Minister for the Environment Hon Eugenie Sage spoke to a combined WasteMINZ and RMLA meeting on Thursday 6 June 2019.

“New Zealanders are increasingly concerned about the environmental impacts of waste. The Ministry for the Environment’s environmental attitudes research shows that New Zealanders believe that dealing with waste is the second equal most pressing issue facing our country over the next 20 years. Poverty is number one.

“Incredibly, New Zealand is currently one of the highest producers of urban waste in the developed world per capita.

“The news is full of stories about plastic pollution in our oceans, stockpiling of low value plastic waste, illegal dumping, tyre mountains and occasional fires from waste stockpiles; and what happens when landfills are poorly sited and maintained. Once upon a time it was out of sight, out of mind.

Our waste ‘indicators’ are generally heading in the wrong direction with more not less waste going to landfill.”