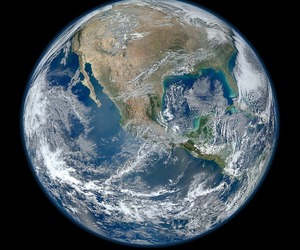 The countdown to Earth Day 2020 is underway with its organizers—the Earth Day Network—announcing “The Demand for Climate Action” as the overarching theme throughout this landmark 50th anniversary year. Earth Day Network has also begun planning efforts to produce a global-scale mobilization in April 2020 to mark the anniversary.

In 1970, twenty million people took to the streets to protest and demand action to change the way humanity was impacting the Earth’s environment. The movement, inspired by the 1968 ‘Earthrise’ image of the Earth from space, created a mobilization that triggered a raft of new transformational legislation in the United States, including the establishment of the Environmental Protection Agency and the passage of the Clean Air, Clean Water, and Endangered Species Acts.

The movement also triggered a worldwide environmental people’s movement that now engages more than 190 countries and a billion people annually.

Every year Earth Day Network, as the organizer of the original Earth Day, selects an environmental priority to engage the global public. The enormous challenges – but also the vast opportunities – of acting on climate change have distinguished the issue as the most pressing topic for the 50th anniversary year as nations look to increase the ambition of their national climate action plans to meet the goals of the 2015 Paris Agreement on climate change.

“Climate change represents the biggest challenge to the future of humanity and the life-support systems that make our world habitable. Unless every country in the world steps up – and steps up with urgency and ambition – we are consigning current and future generations to a very dangerous future of rising sea levels; glacier and ice-sheet loss; increased storms, floods, and droughts; dramatic extinction of animal and plant species; and increased poverty in many regions,” said Kathleen Rogers, Earth Day Network President.

Find out more about Earth Day