Home News Microplastics could double in oceans by 2050 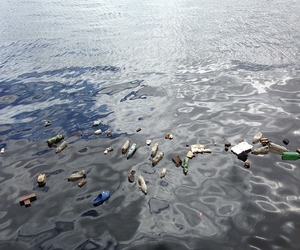 Microplastics could double in oceans by 2050

Predicted global figures for plastic debris accumulation in the ocean surface layer range on the order of hundreds of thousands of metric tons, representing only a few percent of estimated annual emissions into the marine environment.

The current accepted explanation for this difference is that positively buoyant macroplastic objects do not persist on the ocean surface.

Subject to degradation into microplastics, the major part of the mass is predicted to have settled below the surface.

However, we argue that such a simple emission-degradation model cannot explain the occurrence of decades-old objects collected by oceanic expeditions.

Since mass production of synthetic polymers started in the 1950s, plastic waste has been accumulating and degrading in terrestrial and oceanic environments.