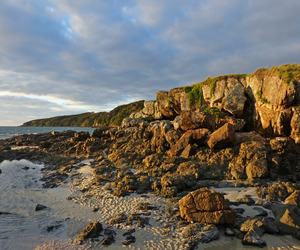 The Minister responsible for the Marine and Coastal Area (Takutai Moana) Act 2011 (te Takutai Moana Act 2011), Andrew Little has launched an online geospatial tool that provides data-rich, dynamic coastline maps that will significantly boost research and evidence-gathering under the Act.

Andrew Little says “Kōrero Takutai collects and overlays publicly available information – such as applications under the Act, coastal permits under the Resource Management Act 1991, Walking Access Commission information and the location of marae – for our entire coastline.”

“The visual presentation of this data is a helpful development for everyone with interests under te Takutai Moana Act 2011,” Andrew Little said.

“Kōrero Takutai will help applicant groups, the Crown, local authorities and other decision-makers by making it much easier for them to access information relevant to the tests in the Act for customary title. Many groups have been waiting for its launch.”

The tool is publicly available and free to use.

Kōrero Takutai can be found here