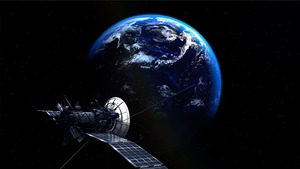 To support the science objectives of the mission, the University of Auckland has received $1.5 million in funding from the Ministry of Business, Innovation and Employment to establish a Science Payload Operations Centre to process and analyse the data for research purposes.

MBIE’s General Manager of Science, Innovation and International Dr Peter Crabtree said the aim of the partnership is to engage New Zealand researchers in a globally significant science mission.

“One of MBIE’s core roles is to build research, science and innovation capability in New Zealand, and as a result of this partnership both Air New Zealand engineers and researchers across New Zealand will now have the opportunity to work with NASA and the University of Michigan on a world-leading earth science mission.”

Dr. Gail Skofronick-Jackson, NASA’s CYGNSS Program Scientist in the agency’s Earth Science Division, said working with New Zealand provides a unique opportunity to broaden the scope of the mission to monitor the wider impacts of climate change on the environment.