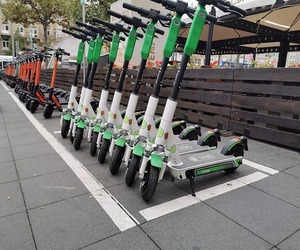 To increase the safety and accessibility of our footpaths and streets, and encourage active modes of transport, the Government is seeking public feedback on the ‘Accessible Streets’ rules package.

The package proposes a number of new rules to respond to the rise of micro-mobility devices like e-scooters. Rule changes are also proposed to improve the safety and efficiency of active transport modes and buses.

Accessible Streets proposes new rules that would require anyone riding a device on the footpath to give way to pedestrians, to not exceed a speed limit of 15km/h, and for the device to be no wider than 75cm.

After consulting with their local community, local authorities would be able to reduce the maximum footpath speed limit and restrict which devices can use areas of footpaths, such as during busy times or in high pedestrian areas.

Accessible Streets also proposes that bicycles would be able to use the footpath under these conditions. This is primarily aimed at allowing children to cycle on the footpath.

The Government is also seeking feedback on a number of other rule changes aimed at making streets safer for vulnerable users. This includes requiring a minimum overtaking gap when passing vulnerable road users like cyclists, horse riders, or those walking on roads without footpaths. The proposed rule is for a one metre minimum passing gap for vehicles when the speed limit is 60km/h or less and 1.5 metres when the speed limit is over 60km/h.

The consultation document, FAQs and further information on how to make a submission can be found here