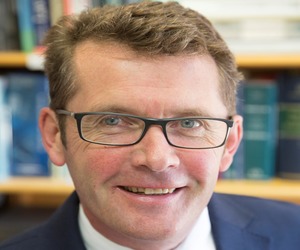 The consequences of an overshoot of the 1.5°C warming target adopted under the Paris Agreement in December 2015 are severe, even dire. ‘Better news’ is that climate-related risks for natural and human systems are lower for 1.5°C of warming than at 2°C (or greater), with robust differences in terms of regional climate characteristics (mean temperatures and rainfall), sea-level rise, species loss and extinction, ocean temperature and acidification, food security, water supply and human security compared to a 2°C or greater warming scenario (Intergovernmental Panel on Climate Change (IPCC) Global Warming of 1.5°C: Summary for Policy Makers, (October 2018, revised January 2019)) (IPCC report).

New Zealand is of course not immune from the consequences of anthropogenic induced climate change.

On introducing the Climate Change Response (Zero-Carbon) Amendment Bill in May 2019, the Minister for Climate Change, the Hon James Shaw, noted that (as at that time) four of the six preceding years had been the warmest in New Zealand’s recorded history. He also, noted that climate change is affecting the frequency, severity and cost of droughts, floods, fires and storms, with the 2013 drought (the worst for 41 years) estimated to have cost the New Zealand economy $1.3 billion. Mr Shaw referred also to the scenes from the 2017 Port Hills fires in Christchurch and again from early 2019 in Nelson as “more strongly resembling an Australian bushfire than anything we’re used to seeing in New Zealand” (Ministry for the Environment Climate Change Response (Zero-Carbon) Amendment Bill: Summary (summary document ME 1410, May 2019) at 4).