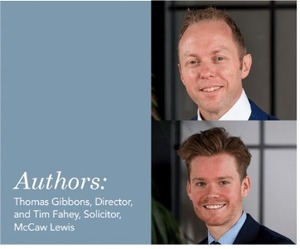 An area of consistent interest is the interplay between the Resource Management Act 1991 (“RMA”) and property law issues set out in other statutes such as the Property Law Act 2007 (“PLA”). Land covenants, for example, sit at the intersection of the Land Transfer Act 2017 and the PLA, while also increasingly playing a role in RMA, highlighting the overlap between the RMA and other statutes. One of the authors of this article has written previously on the status of private land covenants in the Environment Court (see Thomas Gibbons, “Private Land Use Arrangements in the Environment Court: Recent Decisions”, Resource Management Journal, April 2019, at 15). That article argued that the Environment Court was demonstrating some scepticism as to the role of private land-use arrangements within an RMA context: this short article continues the theme of exploring how the Environment Court deals with issues outside the strict auspices of the RMA.

Flax Trust v Queenstown Lakes District Council [2019] NZEnvC 177 concerned a procedural issue, but one with potentially broad implications: the topic of “issue estoppel”, and whether a fact that was determined in the High Court in another proceeding under another statute could be relied on by the Environment Court.  As such, it highlights the relationship not just between the RMA and the PLA, but also between the specific jurisdiction of the Environment Court, and the more general jurisdiction of the High Court.