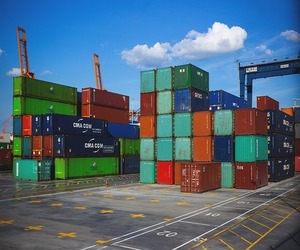 In 1975, as New Zealand was reeling from an energy shortage and Britain’s entry into the European Economic Community, Fred Dagg pulled on his black woollen singlet and told the country “we don’t know how lucky we are.”

With COVID-19, New Zealand is facing the prospect of an economic shock as serious as anything seen since 1975. Over the last month, the number of people on the Jobseekers Benefit has increased by 30 000. Some researchers have estimated that by the time the crisis has passed, 100 000 jobs will be lost in the tourism sector alone.

Recovering from an economic shock of this magnitude won’t be easy or quick. But there is every reason to believe that not only will New Zealand bounce back, it will thrive in a post-COVID-19 world.

New Zealand went into the crisis with a low level of government debt, which gives the government scope to help cushion the blow without attracting concern of rating agencies.

We also have digital infrastructure that is the envy of many other countries, with 79% of Kiwis having access to ultra-fast broadband.

And New Zealanders are resilient and willing to give new things a go. Rather than pining for the way that things were, we get on and look for opportunities.