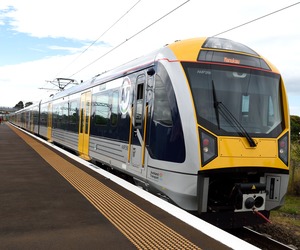 “The Government’s budget has made prudent investment in some no-regrets infrastructure sectors, which will get the sector going while we plan the transformational investment needed to build back better,” says Infrastructure New Zealand CEO Paul Blair.

“The budget includes over $6 billion in infrastructure capital expenditure, the bulk of which is a $3 billion fund to go towards shovel-ready projects.”

“This $3 billion spend will be informed by the Infrastructure Industry Reference Group and Crown Infrastructure Partner’s hard work but will not be exclusive to it. We expect to see detailed project announcements in the coming weeks and months.”

“An additional $1.1 billion is being spent to upgrade and maintain transport infrastructure, including $400 million to replace the Interislander ferries, $250 million on the national rail network, and $420 million on new locomotives, mechanical facilities, and signalling for KiwiRail and Auckland’s rail networks.”

Paul Blair says “Social infrastructure rounds out the total with $750 million allocated to health capital expenditure, $115 million for school capital expenditure, and $5 billion from Kāinga Ora’s debt allowance to build another 2,000 social houses per annum for the next four years.”

“Also pleasing is the ongoing funding announced to retrain workers for critical industries such as construction, which will be needed to build industry capacity for more work to come.”

“These no-regrets investments are a welcome first step to addressing our country’s severe infrastructure deficit, but more will need to be done. Major investment in addition to Budget 2020 will be required for our aging and inadequate water, urban development, and transport infrastructure.”