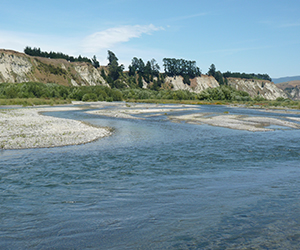 A ‘do nothing’ approach to water security under climate change could see the primary sector in parts of Hawke’s Bay significantly impacted and some land uses becoming non-profitable by the middle of the century, according to a just-released report.

The Hawkes Bay Region Water Security Economic Impact Assessment focuses on the future economic impacts felt directly in the TANK (Tūtaekurī, Ahuriri, Ngaruroro and Karamū) and Tukituki catchments by the primary sector of the economy, which includes horticulture and fruit growing, sheep, beef, deer and other livestock and grain farming.

It predicts that a ‘do nothing’ scenario in terms of water security and climate change post-2060 will have a significant impact on regional GDP and community well-being.

Some scenarios in the report predict the region’s annual GDP to fall by up to $120 million per annum by the middle of the century if nothing is done about water security to adapt to the impacts of climate change.

The report recommends that the Regional Council should consider the value of possible resilience-building initiatives, now that the magnitude and extent of the ‘do nothing’ scenario on water security under climate change is better understood.

The Regional Council’s freshwater security programme, which is jointly funded with the Government’s Provincial Growth Fund (PGF), requires that any water storage options can, will, and must support transitions to better environmental, social, and economic outcomes.