Home News Climate change at the heart of ECAN’s work 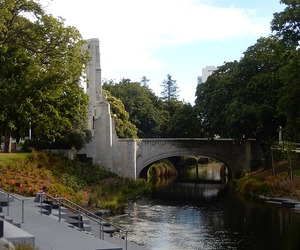 Climate change at the heart of ECAN’s work

It’s a year since Environment Canterbury declared a climate-change emergency. The formal declaration of a state of climate emergency across Canterbury was one of the most serious, and colourful, moments in the regional council’s more than 30-year history.

The declaration highlighted that all the work Environment Canterbury does – from freshwater management to biodiversity and biosecurity, transport and urban development to air quality, and also regional leadership – has a climate change focus.

Currently, under the Resource Management Act, regional councils are required only to adapt to climate change, not mitigate it – that responsibility is the Government’s, but could change. Even in ‘adapt mode’ many of Environment Canterbury’s existing policies and plans already contribute to reduced emissions.

As an organisation, ECAn has also made significant progress in addressing their greenhouse-gas emissions, with their Christchurch building receiving a “market-leading” energy efficiency rating of 5.0 out of 6 in the year to February on the National Australian Built Environment Rating System New Zealand.

The building’s features include 184 solar panels which can generate more than 55,000 kilowatt hours of electricity per year.

There has been a 26% reduction per staff member in emissions since 30 June 2010. ECAN has access to electric and hybrid vehicles and hope to have half their fleet hybrid or long-range electric by 2022. Carbon emissions from air travel across the organisation are offset via our own biodiversity programmes.

According to a Madworld report in 2019, ECAN’s gross emissions were 2253 tonnes of carbon dioxide (CO2) equivalent, compared with removals of 7883 tonnes of CO2-equivalent through our efficiency efforts and from forestry planting across 2700 hectares.