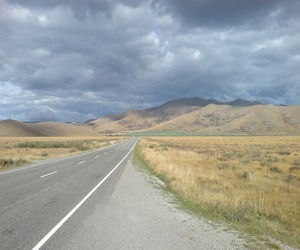 The legal protection of 11,800 hectares of land as new conservation land is a step towards protecting the fragile drylands of Te Manahuna/the Mackenzie Basin

Minister of Conservation and Land Information Eugenie Sage says, “The new conservation land will come under the korowai or cloak of Tū Te Rakiwhānoa Drylands, a collaborative initiative between the Crown, manawhenua, and landholders. It aims to foster active protection and management of significant lower altitude areas in the Mackenzie and Waitaki Basins to protect the area’s stunning landscape values and ensure native plants and wildlife can thrive.”

The establishment of Tū Te Rakiwhānoa Drylands was made possible by a Nature Heritage Fund (NHF) purchase of part of high country station Ōhau Downs; the transfer of management of the Tasman Riverbed to the Department of Conservation (DOC); and completion of tenure reviews for Simons Pass and Twin Peaks pastoral leases.

The basin floor areas being protected as part of Tū Te Rakiwhānoa Drylands include:

“There is a long path ahead to safeguard the distinctive character of the natural landscapes of the Mackenzie and Waitaki Basins and ensure we reach the point where indigenous plants and wildlife thrive alongside a prosperous human community. This announcement is another step on that journey” said Eugenie Sage.