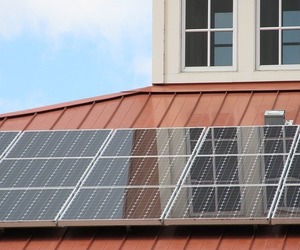 Parliament is taking action to cut its carbon footprint by installing solar and improving energy efficiency.

Installing solar PV and LED lighting will reduce Parliament’s carbon emissions by around 1,690 tonnes over the next ten years.

In addition to the $1.3 million of support through the clean-powered public service fund, Parliamentary Services will contribute $0.960 million from its own budget.

The project is the third part of the $200 million clean-powered public service fund, which is part of the Government’s New Zealand Upgrade.