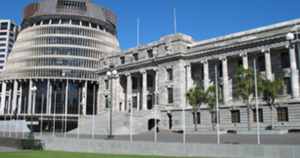 Local Government New Zealand (LGNZ) has publicly released its Briefing for the Incoming Government, identifying three intertwined areas within the local government portfolio that should be the focus for both LGNZ and the Government over the next three years.

LGNZ President Stuart Crosby said that the briefing highlighted the need for big reforms across the three waters and resource management to be joined up, ideally in a ‘future of local government’ programme.

“As the closest tier of government, councils play a vital role in shaping the places that communities live, and promoting their wellbeing. This is a role that we know communities want to continue to play as the Government undertakes a number of major policy reforms.”

“To ensure that local say is retained, LGNZ has identified three waters, resource management reform and a future of local government programme as the focus areas for the next three years,” he said.

“The future of local government programme is vital. Reforms across the three waters and resource management, to say nothing of the health and disability reforms, are of such magnitude that they will likely change local government as we know it.”

“We need to be proactive and design community representation in the reforms to avoid any unintended consequences, such as stopping people from having a real say is the policies that affect their lives. This widespread reform provides a rare opportunity to not only ensure the status quo of representation is maintained, but to re-imagine the future role of local government in New Zealand.”

LGNZ’s Briefing for the Incoming Government